I would never compare what I do with the job of a police officer, firefighter, or a soldier, but if you have ever noticed when there is a conflict, or disaster, there are always a few photojournalists around. 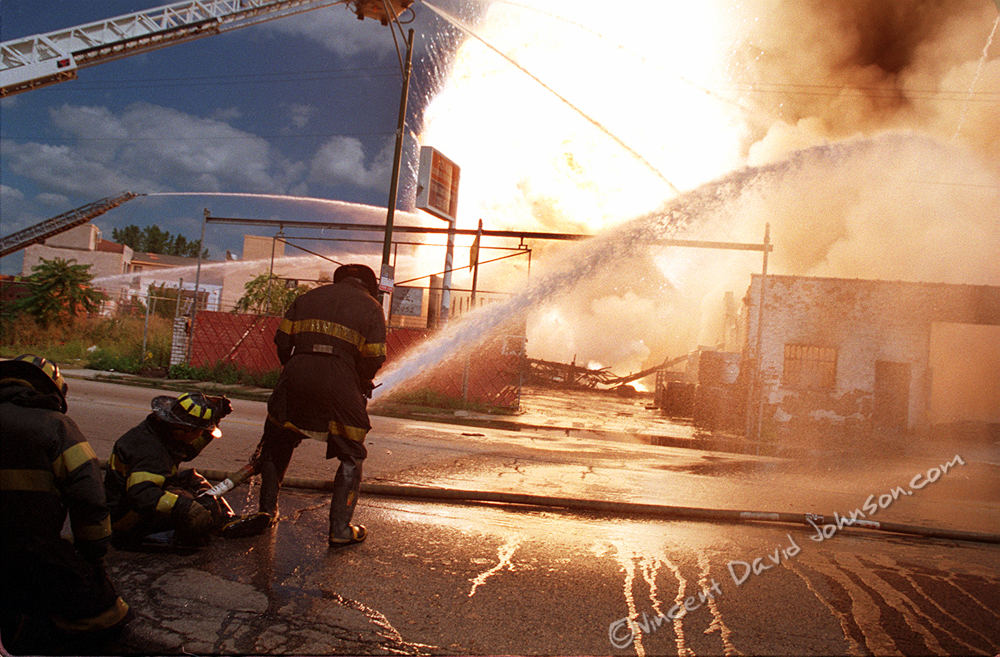 I’m guessing a lot of people think we’re some kind of adrenaline junkies, or hoping to make a buck off of sensationalized photos, but 99% of the time, it’s just what we do.

Where there’s smoke, there’s usually fire. And where there is fire, there is usually a photojournalist. This holds true for disasters and conflicts. We rush into areas as fast as we can trying to capture as much as we can from the beginning. Showing up before the fire truck, or squad cars is what we strive for.

The image above was from a fire at a recycling facility that had magnesium. I just happened to be driving around and saw the smoke on this day back in August of 1999*. It took what felt like forever to get to this fire and I had expected it to be almost extinguished when I got there, but from 3 blocks away I could hear a low rumbling boom that would repeat itself. So I ran towards the scene.

This fire was so hot and the explosions so large, that I actually had a sunburn on the side of my face that wasn’t covered by my camera. Yet I’m often asked why I’d want to put myself in these situations and the only thing I can think to reply is “This is what I do.”

*This fire was so unique it is actually listed in a Chicago Fire Department history book.