Not Doing What I Want To Do 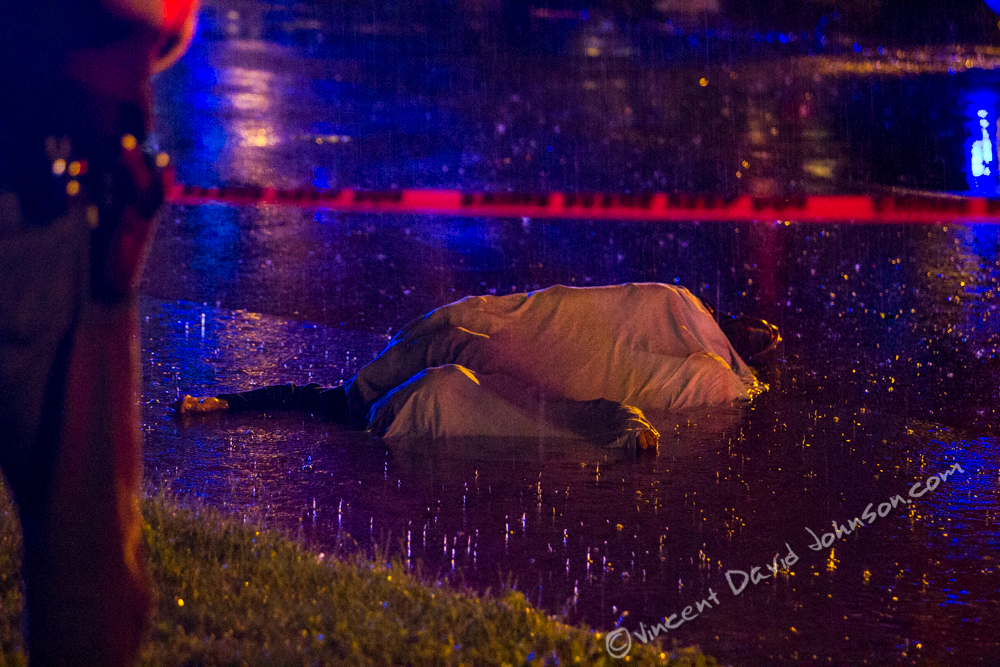 As I’ve mentioned before, when things happen I want to document them visually. However sometimes life calls us to not do the thing we feel compelled to do.

On a rainy night in the summer of 2014, I didn’t want to walk out my front door to see someone shot in the street. Being the first person on the scene, I also had to tell myself I didn’t want to take a photo. I needed to want to help.

In an earlier post I mentioned how as photojournalists we like to arrive at a scene before the police, or fire department, that’s kind of true as long as you’re not part of the scene. My wife and I tried to do what we could and I held this young man’s hand as he died in the street. It’s hard to explain how surreal that evening was, but once the police & paramedics arrived and I helped them make sense of what happened. I needed to put a little distance between myself and the situation. Maybe to help me cope, or maybe because this is what I do. A year later and I’m still unsure.

You can read a complete story I wrote about that night that was a front page story in the Chicago Sun-Times. His name was Michael Patton.